Skip to content
Named in Creativity Magazine’s annual “Creativity 50” as well as one of “the Top 25 Most Creative People in Advertising” in Forbes Magazine Rei Inamoto (inamoto.co) worked for over 15 years as Chief Creative Officer of AKQA and ECD at R/GA. In 2016, Rei co-founded Inamoto & Co., a Business Invention Studio, in Brooklyn, NY, that focuses on envisioning the best customer experience for the future using design, data and technology.
When visiting with Rei I had the sense that he’s on a really unique path with his new company Inamoto & Co. As you’ll learn from our interview, he is as thoughtful about creative work as he is about the ever changing business and technological landscape that enable it. Read on…
Zack Seckler: You recently moved from the role of global chief creative officer at AKQA to starting your own company, Inamoto & Co. Tell me about your vision for this company.

Rei Inamoto: The inspiration for our company came from a legendary restaurant called elBulli in Spain outside of Barcelona. 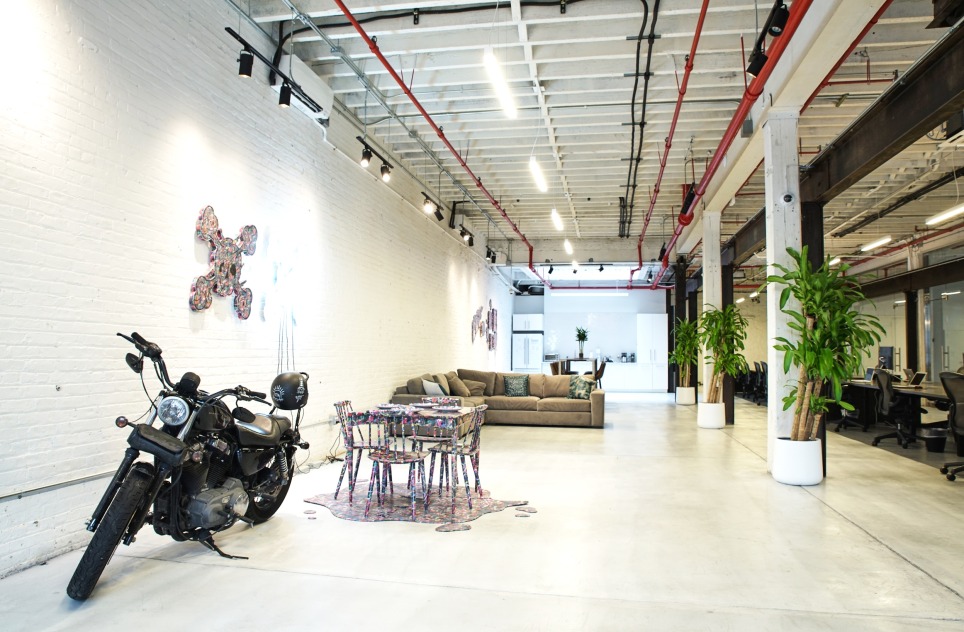 And here’s why this is a really interesting model: they would turn that experimentation into content, into videos and lectures – different forms of intellectual properties, so that the research and experimentation that they were doing was also a business.

I am interested in trying this model but in the design, data, technology world, a very different industry from the restaurant industry.

The opportunity and challenge that every business faces boils down to two things: cost and time.

elBulli, the restaurant I mentioned—they were a small restaurant that was fairly expensive. People were paying several hundred dollars a meal. Every season, every year, though, they would come up with new techniques and menus. They aimed high, experimented with new things because they dedicated their time and staff to trying to do new things independent of customers.

On one hand, Inamoto & Co works as a Design, Data, Technology consultancy studio for our clients. We help find right problems to tackle and explore new ways to them to create emotion, connection and simplicity to their customers.

On the other hand, we have an internal product incubation studio. A portion of our company is exclusively dedicated to creating our own IP. We have one product currently we are focusing on that we’ll spin out as a separate company in the future. 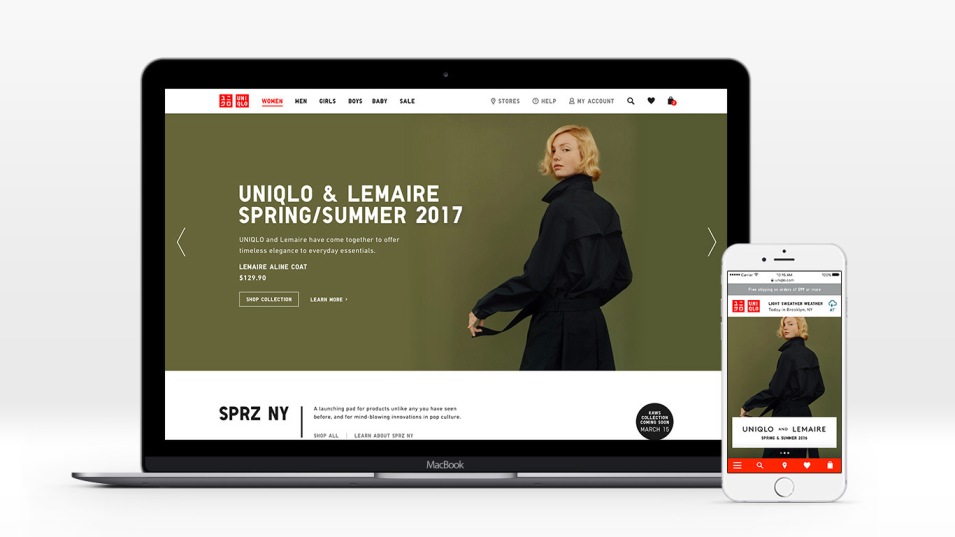 RI: I think what’s drastically different between then and now is that the impact technology has had on culture, and particularly politics, in ways that we hadn’t expected.

What’s interesting is, when our so-called president announced that he was going to run for the presidency, nobody thought he was serious, let alone he would actually win.

Even the day of the election, right after the polls closed, major media outlets were reciting “Oh, there’s an 86 percent chance Hilary’s going to win.” But in a matter of a couple of hours, it became painfully apparent that they were spectacularly, spectacularly wrong. Even data showed that he wasn’t going to win, right? That’s the kind of positive AND negative impact that this networked society is having on people’s psyche.

So, I might write a new article called “The End of the World as We Know It.”

RI: I don’t see myself as a technology expert by any means. But from my perspective, and what pretty much everybody’s talking about these days, is how machine learning and artificial intelligence is impacting business, the world of creatives and creativity, and pretty much everything and everybody in between.

A lot of these things are already happening in places that we can’t see. They are making some jobs obsolete, but at the same time, I also don’t think that technology will completely replace human beings.

For example, I think machine learning and AI is having a quiet but dramatic impact on things like translation. Years ago, only humans could translate from one language to another language, and there were translators who got paid a good amount of money to do that. But nowadays, you just type translate on Google.com and it can translate a sentence, a paragraph, or a book in literally seconds.

I think the translations that come from machines might do 90 percent of the work, but where humans can do it better – at least for now – is the remaining last ten percent. I think that’s where creatives—writers, painters, artists, photographers, film makers, any kind of creative individual, can add their value where machines still struggle.

ZS: You spent your childhood in Tokyo, and then you moved to Europe. In working in the United States, has growing up in another country given you any advantages in terms of seeing things differently, or seeing creative problems differently?

RI: Yeah, absolutely. I think I was lucky to be born in one country, spend enough time to develop my initial identity, and then to move to a very different country. When my twin brother and I were sixteen, we were sent to a boarding school in Europe. The school was only about 250 kids, but the diversity at that school was tremendous. The 250 kids had come in from 70 different countries, so you had such a melting pot of different cultures, races, beliefs, points of view — different everything.

You don’t see that kind of diversity in such a concentrated way, so the value I got out of that experience was to respect the differences of people, perspective, opinions, backgrounds, and so forth.

And when I work with people and clients, this experience really helps me be able to listen and read between the lines of what they’re saying.

ZS: So if you’re experiencing burnout on a specific project—let’s say you’re working weeks on end with no weekends—do you have any strategies for dealing with that, either mentally or physically? Anything you’ve done to keep yourself healthy?

RI: Yeah, a couple of things. I like to travel. I’m traveling to Japan on a pretty frequent basis for a couple of clients that we have. From New York to Japan is a long way, and what I came to use to my advantage is that I will resist the temptation of connecting to Wi-Fi on the airplane, which is shitty to begin with. Then you get 14 solid hours of completely being disconnected. So just watching movies and watching whatever’s available on the flight. I use that travel time to decompress and shut off from the connected world. And that’s become a pretty useful way to frequently disconnect, you know, and to be able to just chill out.

ZS: I like that answer. And what about the opposite, when you’re working on a creative project and you’re trying to get your juices flowing? Do you have any hacks or any strategies for getting that region of your brain activated for a project?

RI: Yeah, sure. Your brain is a muscle, right? If athletes don’t use their muscle, if they don’t train on a regular basis, their muscles will lose strength. I think brains are the same way. And also—just to suggest a slightly different metaphor—playing a musical instrument is similar to creating new ideas. I used to play a couple of instruments when I was a kid, but if you don’t use your musical muscles, then they deteriorate, so to speak.

ZS: So, you started this company recently, and obviously, starting companies is a tremendous feat. Have you had any learning experiences, any mistakes that you’ve learned from in the process of starting this?

RI: I think the best thing about starting and running your own company is that you get to be in control of your own destiny. But at the same time, if you screw up, it’s your fault; you don’t have anybody else to blame.

When you work at a large company with a parent company, shareholders and other pressures, it’s quite difficult to say no. Especially when the primary goal for the company is growth, the short-term pressure can be financially driven, you end up saying yes to things you don’t believe in.

One of the best things that I think you have starting and running your own company is to be able to say no.

In the first year of our existence, we had quite a few requests to pitch for work – the kind of work that wouldn’t be a good fit for us but potentially really good money. But I’ve learned that when your motivation is money, that clouds your decision and end up that are convenient but not necessarily right.

We really ask what’s the right thing to do for us, the company and our long-term mission. So we’ve said no to most pitches and only pursued assignments and challenges that fit our mission and values as a company.

Some clients we work with now are the ones we initially said no to, but that led to more fundamental conversations and helped them and us really get at the core of what they should be doing. Those are the kind of opportunities and relationships we value.

At the end of the day – whether you work on your own, work for someone else or run your own company – it’s really important to know what you stand for and you believe in. That helps you with making decision and ultimately determines your path way forward.

Do you like advertising, filmmaking or production? Do you like to read words on a glowing screen? Well then, you’ve come to the right place.

And then…words. Words for you to enjoy. Like ice cream on a hot summer day.

It's me, Zack Seckler. When not interviewing creatives I work as one. I’m a director and photographer.

I'm hired by brands like Apple, Google and Visa and have won shiny stuff from Clio, Cannes and Lürzer's Archive.

You can checkout my work here.